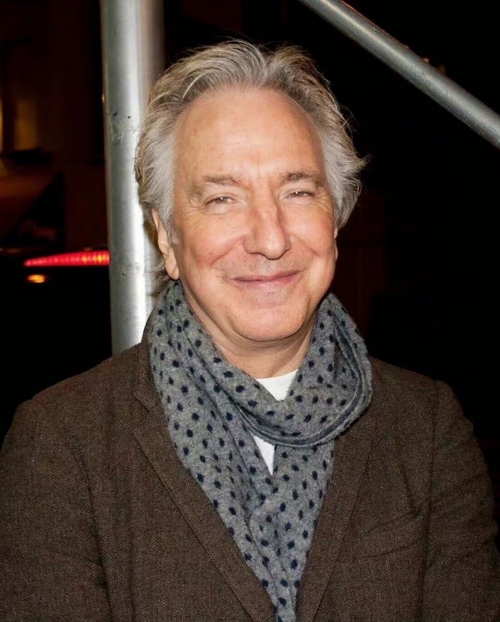 They also give insight into why he decided to continue playing the role of Severus Snape across all eight films, reports Variety.

Prior to production beginning on the series' fifth entry, 'Harry Potter and the Order of the Phoenix', Rickman was forced to confront health issues. The excerpts, published by The Guardian, tell that the actor was diagnosed with an aggressive form of prostate cancer in 2005 and began to receive treatment.

According to Variety, doctors later decided to remove his entire prostate, with surgery occurring at the Vanderbilt University Medical Center in Nashville, Tenn. in January of the following year. Weeks after he was released from the hospital, Rickman wrote an entry in his journal revealing his decision to stay on as the notorious gloomy Potions professor.

"Finally, yes to HP 5. The sensation is neither up nor down. The argument that wins is the one that says 'See it through. It's your story,'" he wrote.

Variety further states that in 2007, the actor recorded his thoughts on his character's demise written in J.K. Rowling's final entry in the book series, 'Harry Potter and the Deathly Hallows,' adding that he had always known about the harrowing love story between his character and Harry Potter's mother, Lily.

"I have finished reading the last 'Harry Potter' book," he wrote at the time. "Snape dies heroically, Potter describes him to his children as one of the bravest men he ever knew and calls his son Albus Severus. This was a genuine rite of passage. One small piece of information from Jo Rowling seven years ago - Snape loved Lily - gave me a cliff edge to hang on to."

Rickman also provided his reaction after exiting the premiere of 'Harry Potter and the Philosopher's Stone', the first entry of the franchise. "The film should only be seen on a big screen," Rickman wrote. "It acquires a scale and depth that matches the hideous score by John Williams. Party afterwards at the Savoy is much more fun."

How too much professionalism made Kerala's famed snake boat races a costly affair
'Suriya 42' unit warns of legal action against those sharing videos, pics shot on its sets