Neelam: KJo has a knack of getting me back on screen

Mumbai, Sep 26: Former actress Neelam Kothari Soni, who is getting a lot of positive response for her work in the second season of OTT series 'Fabulous Lives of Bollywood Wives', recently opened up on the kind of equation she shares with the multi-hyphenate Karan Johar. 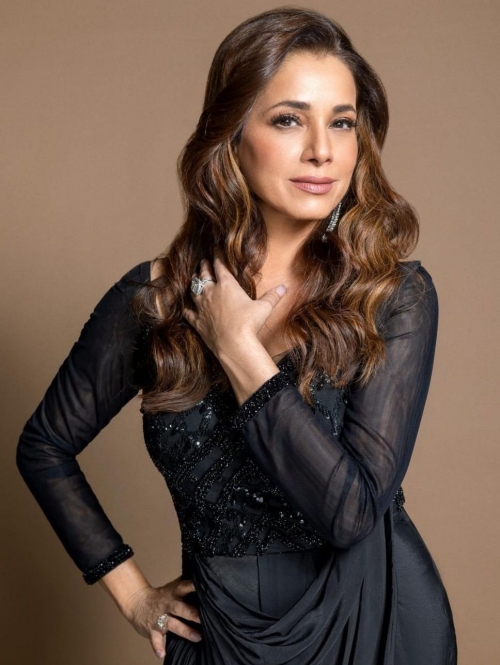 She also credited KJo for pulling her back from her sabbatical.

Neelam had taken a sabbatical from professional acting to concentrate on her career as a finesseful jewellery designer and to focus on her family life.

Back in 1998, Karan was keen on getting Neelam back on screen for 'Kuch Kuch Hota Hai' and thus he convinced her to be herself in the movie.

Neelam said "Karan is very dear to me. He is a genius when it comes to film making. In fact, 'Kuch Kuch Hota Hai' also happened quite sometime after my sabbatical from films."

"Karan was sure that my cameo shall be remembered, 'The Neelam Show' went on to become an iconic part of the film, and is still remembered! Karan definitely has a magical farsightedness. If it wasn't him, I don't think I would have done the film."

Now, once again after all these years, Neelam officially made her comeback to mainstream Bollywood space with the first season of 'Fabulous Lives of Bollywood Wives' and yet again it was KJo, who convinced her to take the plunge as the show is produced by Karan Johar's Dharmatic Entertainment.

In the third episode of 'Fabulous Lives of Bollywood Wives,' Neelam announced that she was going to be a part of Zoya Akhtar's much anticipated web series 'Made In Heaven 2.'

Neelam: KJo has a knack of getting me back on screen

Loving the challenges of batting at No.4, but I have to play smart, says Suryakumar
'Oxenfree II: Lost Signals' game will not release before 2023