New Delhi, Sep 26: Apple has begun assembling its new iPhone 14 at the Foxconn facility in India, a first in years when a new iPhone is being assembled within weeks of its global launch in the country, the tech giant confirmed on Monday. 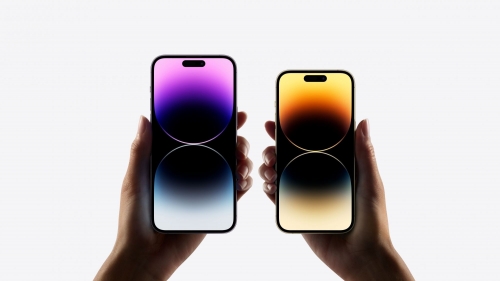 The locally-assembled iPhone 14 will go on sale in the country in the fourth quarter, as the company bolsters its local manufacturing.

Foxconn is assembling the new iPhone 14 at its Sriperumbudur facility near Chennai.

As India doubles down on local manufacturing of technology products, Apple is likely to move 5 per cent of its new iPhone 14 production to India by the end of this year, and 25 per cent by 2025, according to a JP Morgan analysis.

Analysts have earlier predicted that Apple has shortened the production period of its new iPhones in India this year, barely six weeks or so from the production cycle in China.

Next year, Apple iPhone 15 may see its production at the Foxconn and Wistron manufacturing facilities in India at the exact production time with China.

"India's iPhone supply chain has historically supplied only legacy models. Interestingly, Apple has requested that EMS vendors manufacture iPhone 14/14 Plus models in India in 4Q22, within two to three months of the start of production in Mainland China," according to the JP Morgan report.

"The much shorter interval implies the increasing importance of India production and likely higher iPhone allocations to India manufacturing in the future," the report noted.

"We believe Apple only produces iPhone 14/14 Plus models in India now due to the more complex camera module alignment of the iPhone Pro series (done by EMS vendors) and higher local market demand for the iPhone 14 series (tax savings)," it added.

Buoyed by the ease-of-doing business and friendly local manufacturing policies, Apple's 'Make in India' iPhones will potentially account for close to 85 per cent of its total iPhone production for the country this year.

Tim David should be in Australia side for T20 World Cup, say Gilchrist and Mark Waugh
Ronaldinho set to promote cricket in India; big boost for NRI festival and Sports Mahotsav