Rajesh Khattar on the challenges of playing a physically challenged person

Mumbai, Sep 25: Seasoned actor Rajesh Khattar, who plays Vardhan Roy, a paraplegic character in the web series 'Karm Yuddh', spoke about the challenges he faced while portraying a specially-abled personality on screen. 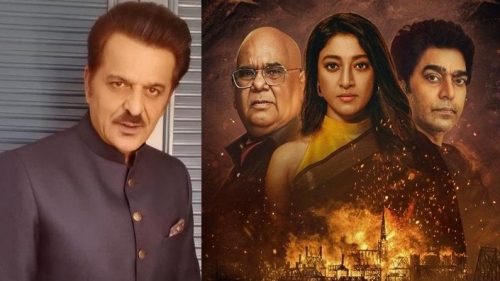 He said "It becomes quite challenging to play a specially-abled character as we actors normally use our bodies as tools to enact. Small movements like a hand gesture, style of walk, or even a shoulder shrug, convey a lot about what the character is going through, but when you are stripped of all these, then all you are left with is the face."

"In Vardhaan's case, he could not even use his face, so all I was left with was the eyes to express. The entire gamut of emotions he was going through had to be conveyed through his eyes," added Rajesh.

The 55-year-old actor had made his mark in the entertainment industry with his roles in the TV shows such as 'Aahat', 'Junoon', 'Kumkum', 'Beyhadh' and he also acted in several films including 'Sooryavansham', 'Don 2', 'Khiladi 786' and many more.

He elaborated more on how he prepared himself for playing this character with his own research and his team. "To pin the character, I referred to a few real-life cases to get the hang of it but largely had to depend on my own and our director Ravi Ji's input. Since most of my scenes were with Paoli, I took her feedback as well," he said.

Rajesh Khattar on the challenges of playing a physically challenged person

I do not believe in faking it to increase my follower count: Chitrangada Singh
Modi pays tribute to Deen Dayal Upadhyaya on his birth anniversary