Chennai, Sep 25: Kajal Aggarwal, who has disclosed that she has been learning Kalaripayattu for over three years now, said that the ancient martial art is a beautiful practice that empowers the seeker physically as well as mentally. 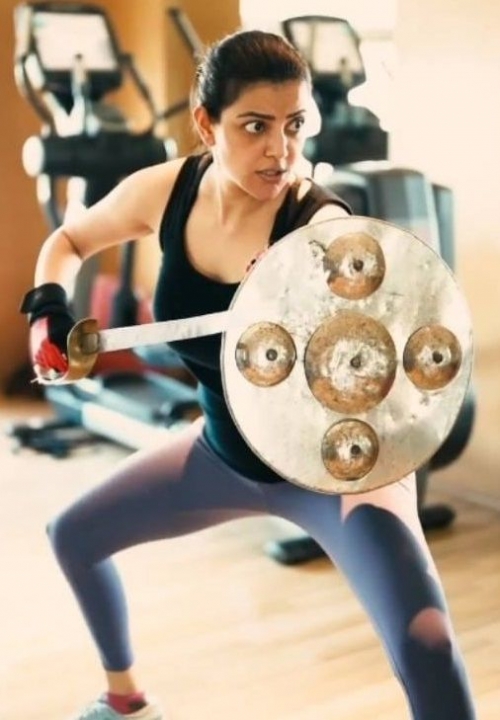 Taking to Instagram to post a video of her during a Kalari session, Kajal wrote "Kalaripayattu is an ancient Indian martial art, that translates into 'practice in the arts of the battlefield'."

"The magic of this art form evolved into the birth of Shaolin, Kung Fu and consequently Karate and Taekwondo, amongst others. Kalari was typically used for guerilla warfare and is a beautiful practice that empowers the seeker physically as well as mentally.

"Grateful to have been learning this intermittently (but wholeheartedly) over three years! CVN Kalari (Her Kalari school) have been fabulous and so patient, guiding me as per my ability to learn and perform at different degrees over time. Thank you for being such wonderful masters."

Interestingly, the actress, who delivered a baby just four months ago, has also been taking horse riding lessons apart from practising Kalari. What's more, she is back shooting for director Shankar's much awaited 'Indian 2', featuring Kamal Haasan in the lead.