Racehorse Mark Wood will need managing, no point in pushing him: Nasser Hussain

Karachi, Sep 24: Apart from Harry Brook and Ben Duckett shining in England's comfortable 63-run win over Pakistan in third T20I at Karachi, pacer Mark Wood made a brilliant return to international cricket after spending nearly seven months on the sidelines. 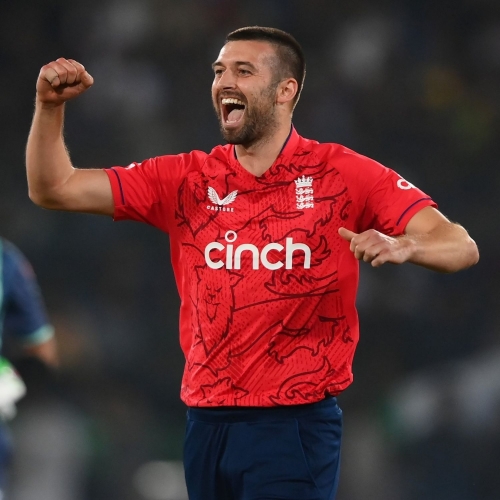 Wood, who made his first international appearance since March after recovering from an elbow injury which needed two surgeries, clocked speeds as high as 97mph while claiming impressive figures of 3/24, with his scalps being Pakistan captain Babar Azam, Haider Ali and Haris Rauf.

After seeing Wood's searing display, former England captain Nasser Hussain believes the right-arm pacer's return is a huge boost for the side. But he reminded England that 'racehorse' Wood must be managed carefully till the T20 World Cup begins next month.

"He'll need managing. It may be game on, game off, but you don't want him ready for Karachi on Sunday, you want him ready for Afghanistan in Perth. There's no point in pushing him. He's a racehorse, they don't come around too often these sort of cricketers, so you really have to take care of them," said Hussain on Sky Sports after the end of the third T20I.

Hussain explained what makes Wood a feared pacer in T20Is. "England are a better side in any format with Mark Wood in the team. You need that pace, and he's got express pace, but he's got accuracy with it as well. Everyone focuses in on the 97mph, but...the players nowadays, if that's wide they'll just flay you over point for six, over third man they'll upper-cut you. He's accurate, he's right in at you."

Earlier, after completing a successful return to international cricket, Wood remarked that he doesn't want to 'go too hard' in T20Is against Pakistan to avoid risking injury ahead of the T20 World Cup in Australia.

"I felt pretty tired at the end. I know it's a T20 but it's the intensity of international cricket. I'll rest up and be good to go again hopefully in the future. I've done loads of time in the gym, lots of running, but nothing's the same as playing a game. It's just a different intensity, but I'm absolutely fine."

"They (Babar and Rizwan) played really well (in) the last game, so it was a big wicket to try to get them early doors. Toppers (Reece Topley) bowled a fantastic over before I came on, and that allowed me to try to be a bit more attacking with my bowling."

'Racehorse' Mark Wood will need managing, no point in pushing him: Nasser Hussain