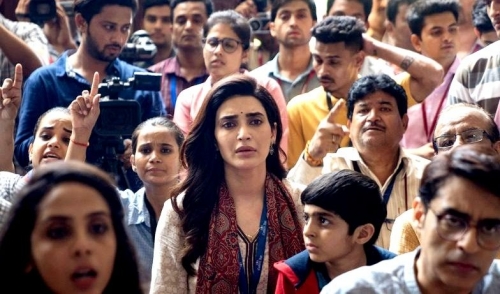 'Scoop' is inspired by the biographical book from journalist and crime reporter Jigna Vora, 'Behind The Bars In Byculla My Days in Prison', which chronicles her experiences after being accused in the murder of another reporter.

The 58 second teaser shows, Karishma, who is known for TV shows such as 'Kiyunki Saas Bhi Kabhi Bahu Thi', 'Qayamat Ki Raat' and 'Naagin', essaying the role of a reporter who is accused of murder.

The teaser starts with gangster Chota Rajan on a call saying that it was Jigna, who instigated him to kill. The teaser then shifts to the struggles of the reporter who has to face the police and media trials.

Karishma is heard saying "Problem yeh hai, ki either you break a story or the story breaks you."