This was only one of the tragic incidents among the rising human-elephant conflicts in and around the Nilgiri Biosphere Reserve of the Western Ghats. 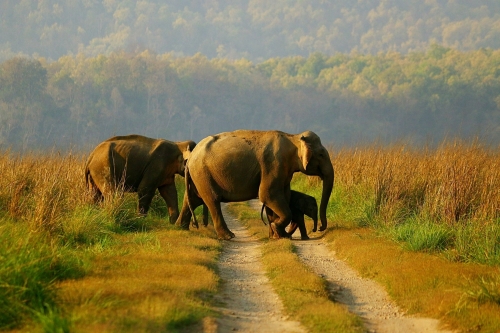 Dealing with a similar incident in Mettupalayam in the district, in which an elephant was reportedly found dead, the National Green Tribunal (NGT), in a recent order on a plea said that unless the wildlife population in the forest area is maintained in its equilibrium, it may have its own impact on the forest ecology which will affect the total environment, in turn having an impact on human life as well.

In the order, the green court observed that the issue in this case mainly revolves around the huge number of tusker deaths either due to man-elephant conflict or due to train accidents when they pass through the villages and their corridors.

It also directed the Southern Railways and the Forest Department of Tamil Nadu and bordering Kerala to explore the possibility of using Artificial Intelligence based systems to avoid hitting wild animals among other solutions.

Though several projects have been launched by the Central government like Project Elephant Gajah, these incidents are recurring which is a matter of concern for the regulators and policy makers, apart from animal lovers and environmentalists.

Conservation of wildlife is required as part of wildlife protection, apart from protecting the forest environment, it stressed.

Though the applicant has filed the application stating that the authorities are lagging behind in providing the mechanism to mitigate these incidents, no solution has been forthcoming from the applicant on how this can be effectively managed and how such incidents can be minimized. The total eradication of such incidents is a remote possibility, especially when there cannot be any control over the movement of wild animals, especially elephants, which are nomadic animals, the order said.

The number of elephants is decreasing at an alarming rate in India mainly due to the human-animal conflict and also due to lack of treatment and care for injured elephants, said the plea moved before the green court.

On the other hand, farmer organisations complained that elephants are causing extensive damage to crops and property in the fringe villages of Coimbatore and Periyanaikenpalayam Ranges.

A forest staffer who was engaged in driving back the elephants was killed in the forests. Frequent damage to the crops and property coupled with the loss of life has created a constant fear among the public in these areas, they said.

The forest department said it is making all efforts to protect wildlife and many elephants have been rescued and rehabilitated.

Anti-poaching and anti-depredation squads and Rapid Response Teams have been deployed for monitoring the movements of elephants.

Whenever, the movement of elephants towards the villages is detected, the farmers and other public are warned to be safe and the strayed elephants are carefully guided back to the forests, according to the forest officials.

The Indian elephant was declared a National Heritage Animal in 2010 and is also a Schedule-I species under the Wildlife (Protection) Act, 1972.

The Environment Ministry, along with the Standing Committee of the National Board for Wildlife is examining the various issues relating to human-wildlife conflict including securing of elephant corridors to minimize human-elephant conflict, mitigation measures for reducing animal deaths on the roads/ highways, and deaths due to electrocution, it was submitted.

The track between 486 km to 534 km long is being separated by twin single line. The Podanur-Palakkad Dn line is an A-line laid in 1861 and the Palakkad-Podanur Up line is a B-line which was laid in 1974 and comes in the Ghat section both in Kerala and Tamil Nadu, as per the Railways.

The conflict in Line B started mostly after 2000 when human habitations thrived in the area and paddy cultivation was taken up by the villagers, it was submitted.

(Jaison Wilson can be reached at jaison.w@ians.in)

BJP will not come to power in 2024: Lalu Yadav
Karishma Tanna showcases trauma after being accused of murder in 'Scoop' teaser