Abu Dhabi, Sep 24: Formula 1 team Williams Mercedes have announced that their Canadian driver for the last three seasons Nicholas Latifi will leave them at the end of the year when his current contract expires. 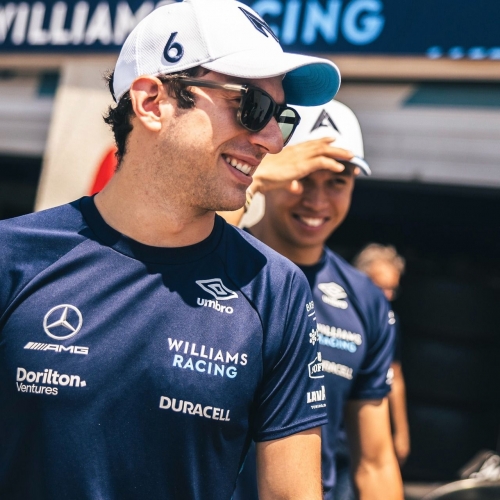 Latifi has failed to open his account with the team so far and is currently placed 21st in a list of 22 drivers.

Williams had handed Latifi his F1 race debut in 2020 with the Canadian making 55 starts and scoring seven points to date. On Friday, the team announced that the season finale in Abu Dhabi would be the Canadian driver's last race with the team.

"I would like to take this opportunity to thank everyone at Williams Racing -- all the people back at the factory and those I work with trackside -- for the last three years," said Latifi in a statement on formula1.com.

"My initial F1 debut was postponed due to the pandemic but we eventually got going in Austria and, although we have not achieved the results together we hoped we would, it's still been a fantastic journey.

"Getting those first points in Hungary last year was a moment I'll never forget, and I will move onto the next chapter of my career with special memories of my time with this dedicated team.

"I know none of us will stop putting in every effort until the end of the season."

Williams said that they will announce who will join Alex Albon in their 2023 line-up "in due course". Nyck de Vries recently staked his claim with an impressive stand-in performance at the Italian Grand Prix in Albon's absence, as the Thai-British driver had to undergo an emergency surgery for appendicitis.

Jost Capito, Williams CEO and team principal, said, "On behalf of the whole team, I would like to say an enormous thank you to Nicholas for his three years of hard work with Williams. He is a great team player who has a great attitude towards his colleagues and work and is well liked and respected throughout the business."

Wave of happiness among 'Pahari' tribe on Amit Shah's upcoming Kashmir visit
BJP will not come to power in 2024: Lalu Yadav