All in jest! Vijay says Ananya believes in mermaids; she gives it back to him 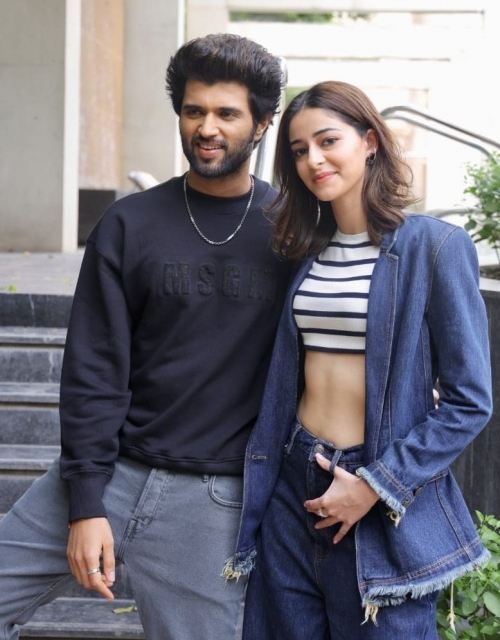 He jokingly said "Ananya believes that mermaids exist and she is really fond of them." To this, Ananya replied "Yes, they do exist and Vijay believes in aliens."

During their film promotion in the Capital, both Vijay and Ananya shared some BTS moments with IANS.

Praising the "Student of the Year 2" actress, Vijay said "She is hard-working and dedicated to cinema. Moreover, she is quite imaginative like a kid and at certain times her imagination can be big. And at times, it can lead her to be funny."

Ananya has played different kinds of roles in movies such as "Student of the Year 2", "Khaali Peeli", and "Gehraiyaan".

Though some of her films failed at the box office, there are a lot of hopes that she has from "Liger". Moreover, she wanted to be part of a commercial film like this and thus getting an opportunity to be part of it made her happy.

Ananya said "I try to give my best in most of the films but whether it works at the box office or not is something in my hand. I can't take the pressure but of course I can try to improve."

She added "With this film, it's completely a commercial masala film and I always wanted to be part of such a movie. This is the biggest thing ever and I am really looking forward to the audience liking the movie and my work."

Directed by Puri Jagannadh, the sports action film features Deverakonda as the titular MMA fighter boxer along with Ananya Panday. American boxing legend Mike Tyson is seen making a cameo in the film, which is all set to release on August 25.

All in jest! Vijay says Ananya believes in mermaids; she gives it back to him