Gwyneth Paltrow: I gained a lot of weight over Covid

'G.I. Joe' live-action series focused on lady Jaye in the Works at Amazon 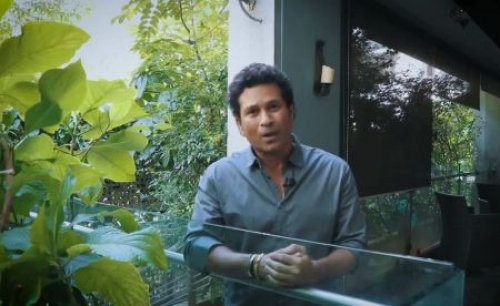 Mumbai , February 23: Former India batsman Sachin Tendulkar is all set to conduct a series of live interactive classes that will be available to Unacademy learners, free of cost.

Unacademy, India's learning platform, announced that it has signed a strategic partnership with Tendulkar. As part of the deal, Unacademy Learners will be coached and mentored by the legend through a series of live interactive classes, which everyone can access free of cost on the Unacademy platform. Tendulkar has been roped in to serve as a brand ambassador for Unacademy.

"I will be doing online free sessions and anyone can join. The whole idea is about sharing my experiences. I have physically interacted with a lot of children but the digital interaction will be for the first time. The idea was not to restrict that to a few hundred and this will go to millions. That is our goal and everyone should have that access and be able to ask questions to me," Tendulkar told ANI.

Arjun had expressed excitement after being picked by the franchise and had said that he has always been a "die-hard" fan of Mumbai Indians.

"Since childhood, I have always been a die-hard fan of Mumbai Indians. I would like to thank coaches, owners, and support staff for showing faith in me. I am excited to join the MI paltan," Arjun had said in a video posted by Mumbai Indians on their Twitter handle. (ANI/5 days ago) https://www.newkerala.com/cricket-news.php

Here's why Orlando Bloom sings to his baby daughter

It hurts: Langer on emotional toll as Aus head coach

Here's how exercise may benefit older adults with Alzheimer's dementia

Yoga for a healthy mind and body