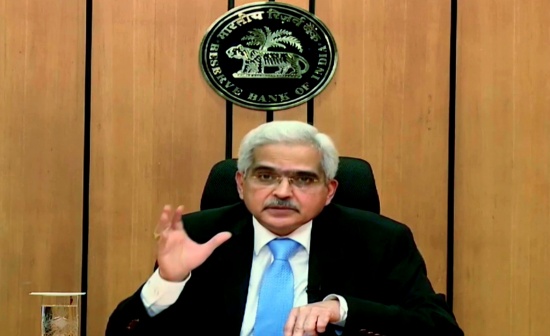 The monetary policy committee (MPC), reflecting the sign of times, had yet another out of policy meeting and delivered a 40 bps repo rate cut with commensurate changes to the rest of the rates in the corridor.

In its assessment, the committee noted the further deterioration in growth prospects. Even as food prices have reversed trend and spiked substantially recently (food inflation was 8.6% in April as per the partial CPI data release), the assessment is that CPI will fall over the second half the year and will fall below the 4% target over quarters 3 and 4 of the financial year. Importantly, the forward guidance is strong noting space for further easing will open up if CPI behaves as expected. The summary assessment hence is that risks to growth are acute while those to inflation may be temporary. And this is what has been expressed as action.

Although the RBI hasnt provided an explicit growth forecast, it has now acknowledged a negative print for FY 21. The silver lining noted is that in agriculture where kharif sowing is robust.

Regulatory announcements are looked forward to eagerly given that they are now the dominant tool for smoothening flow of funds in the system. A partial list of measures announced is summarized here. The RBI rolled over the refinancing facility for SIDBI by another 90 days. It also extended the utilization of voluntary retention route (VRR) scheme for foreign portfolio investors (FPIs) by an additional 3 months. Importantly, the loan moratorium facility has been extended by 3 months as well and the accumulated interest on working capital facilities over the deferment period can now be converted into a term loan payable by end of the financial year. Group exposure limit under the large exposure framework has been hiked for single exposure to 30% of banks' eligible capital base from 25% before.

For State Governments withdrawal from the Consolidated Sinking Fund (CSF) maintained by states with the RBI (buffer for repayment of liabilities) has been relaxed, with immediate effect till 31st March 2021, which will release Rs 13,300cr. Along with normally permissible withdrawal, it will enable states to meet 45% of redemptions due in FY21 (Rs. 1.36 lakh crore). The Rs 13,300cr immediately released would be 9.8% of FY21 state redemptions.

Rates at the very front end have already been dealing considerably below the reverse repo rate reflecting the massively excess liquidity for the most part. Today's cut will further bring these rates down to some extent and will, on the margin, further steepen the bond curve. However, traditional easing is now rapidly diminishing in utility and effectiveness as it is not able to solve for either the substantial steepness of the curve (reflecting reluctance to take on duration risk) or the higher levels of spreads on lower rated issuers (reflecting credit risk aversion). Both are reflective of inadequate availability of deployable risk capital in the system. The RBI can incentivize deployment of existing capital to some extent by reducing perceived risks effectively and to the extent is possible without creating a substantial moral hazard issue that sustains a more medium term cycle of perverse allocation that may in turn end up causing bigger problems down the line than what gets solved now. The tool of a continued collapse in the overnight rate, like noted here, is limited in utility to offer this incentivization beyond a time.

A ready role that RBI can play is to at least assure the market for sovereign financing. Steps have been taken in this regard including open market operations, twist operations, RBI seemingly buying into the government's treasury bill issuance program, as well as with steps announced today specifically on the easing the pressure on states' bond redemptions. It is also true that bond yields have so far been well behaved generally. One also implicitly sees a somewhat more constructive reaction function from the large public sector banks with respect to the market. However, given the sizeable requirement ahead, the RBI may have to turn more proactive both on intervention and incentivization (time bound held to maturity ceiling hike for instance). It is on this count that the bond market will be generally disappointed yet again for now.

The other argument often made is for a more whole-hearted intervention in the credit markets. The lending system has already been significantly strained with high levels of bad assets with banks and with cost and availability of balance sheet level financing having suffered considerable tightness for some non bank entities after the ILFS crisis. The drastic growth shock posed by Covid will further accentuate these vulnerabilities. Thus the need for intervention here can also be well established both from a future growth as well as a current potential system vulnerability perspective. However, the execution while adhering to the criteria that it needs to be effective as well as not involve substantial moral hazard / perverse incentives is quite tricky. This is especially given the context of limited public resources as well as the still evolving landscape of strain in the financial system.

The 3 clear themes for the bond market continue

1igt; Focus has to be on best quality AAA and sovereign / quasi sovereign. There is no macro logic whatsoever for pursuing high yield strategies. The inherent illiquidity in that segment has now been amplified while many balance sheets will possibly continue to see steady deterioration.

2igt; The best risk versus reward continues to be in the front end (upto 5 year) in our view.

3igt; While duration is attractive given the wider term spread and when compared to nominal growth rate expectations, sustained performance here is still dependent upon the unveiling of a credible financing plan from the RBI for the enhanced borrowing program of the sovereign.