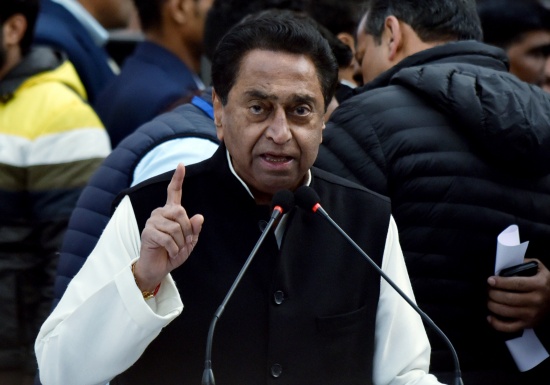 Nath said that the central government is not paying attention to the real issues and is trying to mislead and confuse the people of the country.

Nath on Wednesday tweeted, "Employment has disappeared, unemployment is at its peak, jobs are vanishing, inflation is soaring, food items becoming expensive - vegetable-pulses-edible oil-onion all getting out of reach, falling growth, businesses are on the brink of collapse."

In another tweet, he said, "Modi government is not addressing the real issues, and is trying to mislead and confuse the people... This time the slogans like 'war on inflation' have disappeared... This is the reality of the Modi government."

Kamal Nath's statement came after the release of data on inflation which soared to a 6-year high.