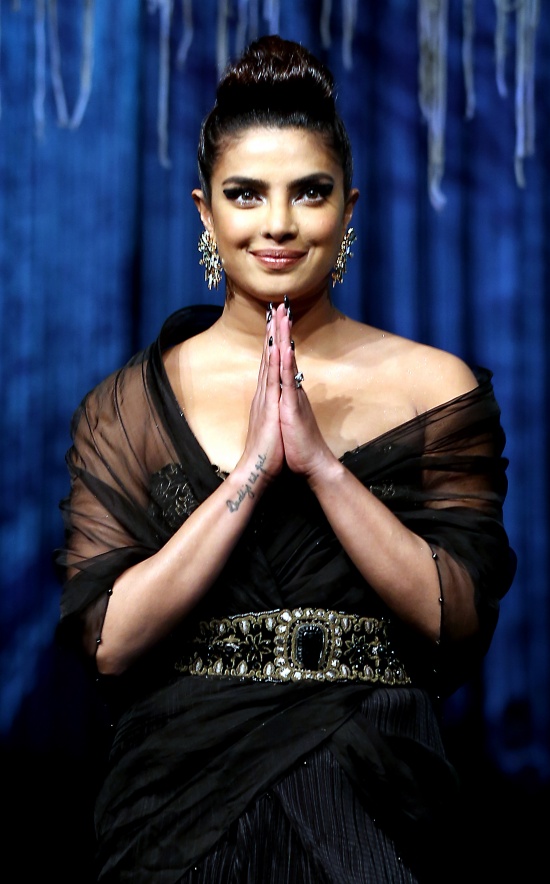 New Delhi, March 29 : Actress Priyanka Chopra has done some daring stunts in movies. She says she wants to do more as she enjoys action films.

"I have always done my own stunts. I trust my body immensely. I am athletic as a person. I just really enjoy action movies. I have done them in 'Don' and 'Quantico'. I hope to do more of them," Priyanka told IANS.

The genre is generally seen as a hero's domain.

"I hope my children don't have to worry about the fact that 'this is an Indian female cricket team or Indian female movie'. We don't say 'it is a male-centric movie, so let's go and watch it'. So why do we have to say that it's a female (centric movie)? I hope that happens and I am seeing it more and more as the conversation... where girls are coming out of their shells, and parents are supporting in finding their own feet. My parents supported me in all my dreams and ambitions," said Priyanka.

She has many projects in her kitty, including a superhero movie titled "We Can Be Heroes". Will the audience get to see her as a superhero?

"I can't tell you that but it's a kids superhero movie by Robert Rodriguez. You know 'Spy Kids'? This ('We Can Be Heroes') is in that world a little bit, and a lot of amazing actors have come together to tell the story. It will be really fun," she said.

Like This Article?
Want to do more action movies, says Priyanka Chopra