Is it gossip you're missing the most while working from home? 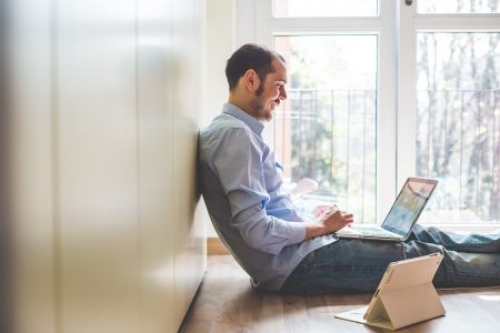 New Delhi, March 29 : If you are feeling a little low while working from home despite having all the facilities that one typically gets at the office or, even more, coffee, lunch time or even a short nap at home, it could be because you are missing out on neutral gossiping with colleagues.

Take no offence. In fact, according to experts, gossiping, or simply talking about someone who is not present, need not always be negative -- it can also be positive or neutral.

"In the current circumstances, it is natural that people are missing out on that interaction and face-to-face contact, which may be leading to a sense of boredom and monotony," Parikh said.

A healthy gossip, having fun, pulling legs of each other in office make office surroundings livelier and bring people together.

"It is quite that a sudden change of working place will somehow affect the mental status," said Pallavi Joshi, Clinical Psychologist at Sri Balaji Action Medical Institute in New Delhi.

According to a study by researchers from the University of California, Riverside, people gossip for 52 minutes a day on average.

Parikh, however, said that there are no personality types per se that would feel more burdened about working from home.

It is about individual preferences rather than personality types.

"What's important is that the conversations stay positive and promote togetherness, and not gossip that crosses a line," he said, adding that banter about day-to-day life helps us stay connected. "But it's important that it must be with mutual consent and not cross boundaries".

Those who are missing out on office gossip can take advantage of the digital tools to stay connected and have healthy conversations.

"Given the lockdown situation, it's a good idea to stay connected with friends and colleagues through individual and group chats and video calls to maintain a positive morale and have meaningful conversations. Social media can also play an important role in this, if we can use these mediums to stay connected, spread optimism and encourage social responsibility," Parikh elaborated.

Missing office environment by people working from home is quite normal.

"At the same time, getting anxiety, stress and sudden reactions are also obvious. Fortunately we have the Internet and other virtual world facilities to get connected with friends and colleagues. They are suggested to do once a day group video calls for lighter mood," Joshi said.

"Proper scheduling and per day project can help to deal with this situation," she noted.

For example, apart from official work, take one task in hand to accomplish. It can be household chores or any other activity, which will give a feeling of accomplishment, she said.

(Gokul Bhagabati can be contacted at gokul.b@ians.in)

Like This Article?
Is it gossip you're missing the most while working from home?