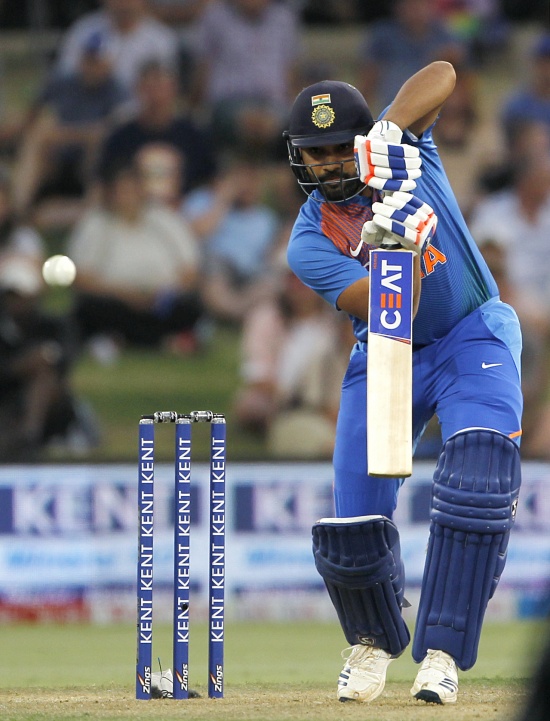 
Ponting was captain of MI in 2013, when they were yet to win an IPL title. He resigned from the post and handed it over to Rohit but stayed on as part of the coaching staff. His contribution is often seen instrumental in helping MI win their maiden IPL title that year and he would return to the franchise as a head coach, before moving to Delhi Capitals.

"Ricky Ponting to me was magic," said Rohit on Thursday in an interaction with former England captain Kevin Pietersen on Instagram.

"The way he handled the team when he was captain during the first half and then he gave the captaincy to me midway. That takes a lot of guts and after that to be as involved as he was as a support staff member. He was supporting all the younger players in the team and he was guiding me in captaincy," said Rohit.

Rohit said that he feels MI have made a few good purchases at the auction this year and hopes that the season starts whenever things settle.

"We have got a few good additions to the squad like Chris Lynn, Trent Boult, Nathan Coulter-Nile.

"Boult is a good buy on a pitch like Wankhede with the swinging ball, I was looking forward to that. Alongwith (Jasprit) Bumrah he would have made a good combination. Still looking forward, fingers crossed. At some stage if things settle down, it should happen," said Rohit.

Rohit also said that current Mumbai Indians coach Mahela Jayawardene is someone who gives a lot of clarity to his players. "Mahela is very calm, very composed. He only tells you to do things he sees as right or not to do them if they are wrong. His messages are very clear," said Rohit.

The 2020 season of the IPL was scheduled to start on March 29 with defendng champions MI facing Chennai Super Kings at the Wankhede Stadium in what was a repeat of the 2019 final. However the outbreak of the coronavirus pandemic forced the organisers to push the tentative starting date to April 15, which itself is now clouded in uncertainty due to the three-week lockdown declared by Prime Minister Narendra Modi throughout the country.