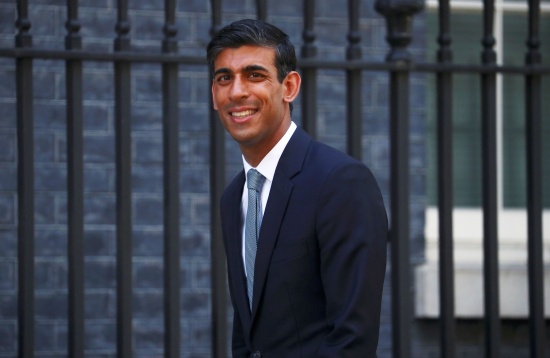 London, March 26 : UK Chancellor Rishi Sunday will on Thursday unveil a package of support to self-employed workers facing financial difficulties due to the coronavirus pandmic.


The Indian-origin Chancellor had set out plans for 80 per cent wage subsidies for staff kept on by employers last week and Prime Minister Boris Johnson has also said he wanted similar protection for freelancers, the BBC said in a report.

This develoment comes after Sunak said last week that the government would cover wages of up to 2,500 pounds a month for staff being kept on by their employer, as part of "unprecedented" measures to prevent workers being laid off.

Meanwhile, Adam Marshall, Director General of the British Chambers of Commerce, said "For many people that have seen their businesses disappear in the blink of an eye, things like statutory sick pay or universal credit just isn't enough."

"It doesn't need to be perfect - we just need a system in place," he told the BBC.

a self-employed driving instructor from Lancashire, said "We don't need a lot, we just need something.

"But by doing nothing, we just go to the wall, basically," he told the BBC.

As Parliament shut down until April 21 due to the escalating pandemic, Johnson told MPs "We will do whatever we can to support the self-employed, just as we are putting our arms around every single employed person in this country."

He said there were "particular difficulties" for freelancers who are not on Pay As You Earn (PAYE) schemes, but that he wanted to achieve "parity of support" across the workforce.

This UK has reported 9,640 confirmed coronavirus cases with 46 deaths.

Like This Article?
Rishi Sunak to unveil financial aid for self-employed