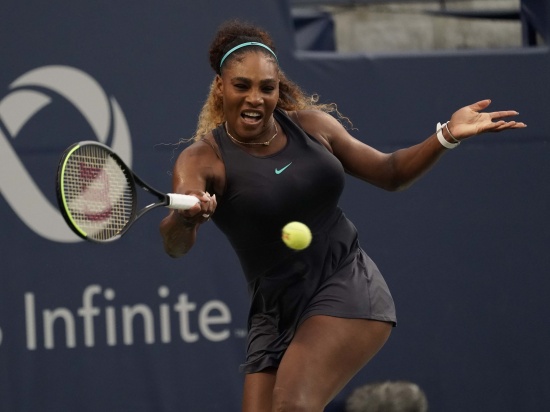 Auckland, Jan 9 : Top seed Serena Williams battled back from a one-set deficit to reach the quarter-finals at the ASB Classic as she defeated compatriot Christina McHale in a pulsating match.

Williams defeated McHale, 3-6, 6-2, 6-3, as the younger American won a set against Williams for the third time in the pair's four career meetings, but again proved unable to complete an upset bid in a match that lasted for exactly two hours.

The 23-time Grand Slam champion broke McHale a combined five times to complete the comeback, surrendering her own serve just once over the course of sets two and three.

"It was a good match for me, because I really need to play matches like that to get to my goals," Williams was quoted as saying by the WTA website after the match.

"Tournament time is super important and match time is good. It's fun to be out here after losing that first set, and I'm glad I'm still in the event. I just thought I needed to figure out a way to win this match."

The 38-year-old will now face German veteran Laura Siegemund for a semi-final berth.