Leander Paes a legend, has achieved a lot for India: Pierce 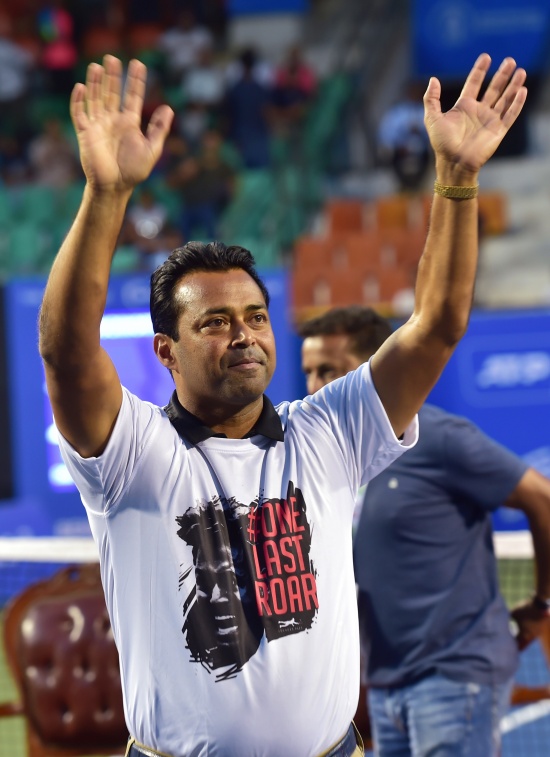 New Delhi, Feb 20 : Former Australian Open and Wimbledon champion Mary Pierce has paid a rich tribute to "legend" Leander Paes who will be bidding adieu to tennis at the end of this year.

Paes is one of the greatest Indian tennis players of all time. The 46-year-old holds an Olympic bronze medal in singles, which he won at the 1996 edition in Atlanta by defeating Brazil's Fernando Meligeni.

Paes holds as many as 18 Grand Slam titles (eight in doubles and 10 in mixed doubles). By lifting the 2010 Wimbledon mixed doubles trophy in 2010, the Kolkata-born player became only the second man after Rod Laver to win a Grand Slam in three different decades.

"Leander Paes is a legend. He has achieved a lot in tennis. I think he is a great ambassador for the sport of tennis and India," Pierce told IANS.

"It is amazing to see how fit and healthy he is at this age. He has had an incredible career and he should be really proud of everything he has achieved for himself and his country," he added.

Pierce, a four-time Grand Slam champion, also lavished praise on Mahesh Bhupathi alongside whom she won the Wimbledon mixed doubles title in 2005.

According to the 45-year-old, it was a dream come true moment for her when she and Bhupathi defeated the Ukrainian-Australian pair of Tatiana Perebiynis and Paul Hanley in the summit clash.

"I am a big fan of Mahesh Bhupathi. I think he is a great person and a tennis legend. I was honoured and privileged to play mixed-doubles with him. I had so much fun while playing with him. I learnt a lot and was sometimes in awe while sharing the court with him," said Pierce.

"Winning the mixed doubles in Wimbledon was like a dream come true for me. I can proudly say that I am a Wimbledon grand slam champion," she added.

Pierce will be in the national capital to inspire the Indian boys and girls who will be competing in the Roland Garros junior wild card event next week.

(Aakash Kumar can be contacted by [email protected])

Like This Article?
Leander Paes a legend, has achieved a lot for India: Pierce