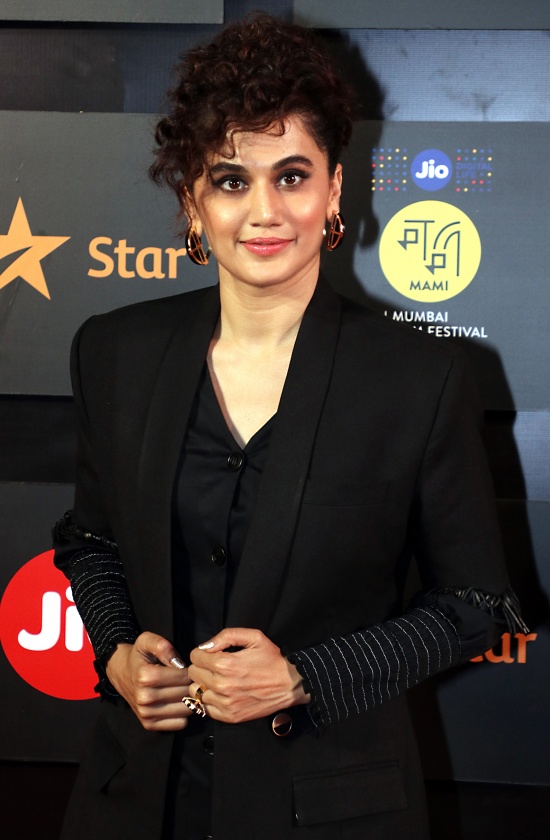 Mumbai, Feb 18 : Actors Taapsee Pannu and Tahir Raj Bhasin will be teaming up for the Hindi adaptation of German film "Run Lola Run".

The 1998 Tom Tykwer directorial was about two star-crossed lovers who find themselves left with a few minutes to change their lives forever.

The Hindi version titled "Looop Lapeta" will be helmed by Aakash Bhatia, who will make his directorial debut with the movie.

It will be produced by Sony Pictures Films India, Ellipsis Entertainment and Aayush Maheshwari.

"'Looop Lapeta' is a shining addition to our slate of clutter-breaking and compelling motion pictures. We love the amazing cast which has come on board to breathe life into this cutting-edge script. It will always be the studio's constant endeavour to work with new directors and actors, and Aakash Bhatia is one amazing find for the studio," said Vivek Krishnani, Managing Director, Sony Pictures Entertainment India.

The principal photography will begin in April.

Tanuj Garg and Atul Kasbekar, Managing Partners, Ellipsis Entertainment, said "We are emotional about this film, as it was the first to get green-lit at Ellipsis after our company was formed. When Aayush Maheshwari approached us with the rights, we agreed immediately and invested the better part of three years in working on various versions and drafts to adapt the German film to suit an Indian context.

"Finally, after working closely with our writers Vinay Chhawal and Ketan Pedgaonkar, what we have in our midst, is absolute gold."