Happy with what I have achieved in my career: Taylor 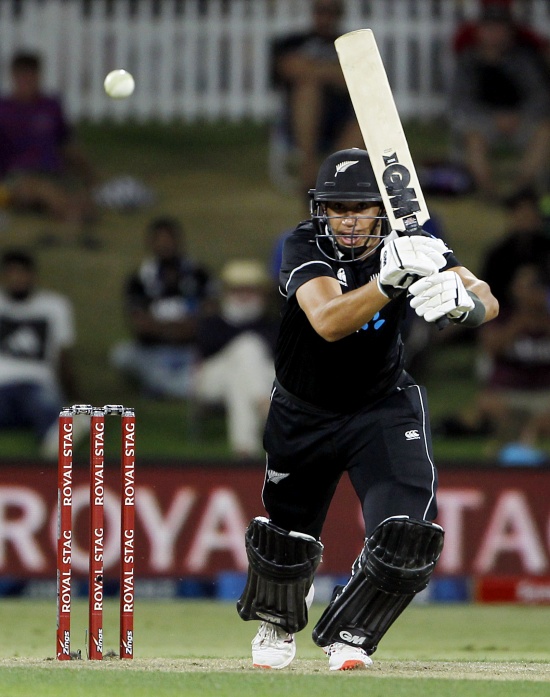 Hamilton, Feb 14 : Experienced New Zealand batsman Ross Taylor, who is set to make history by becoming the first cricketer to play 100 games in all the three formats, is happy with what he has achieved so far in his career.

"I am happy with what I have achieved so far in my career," Taylor told reporters on Friday.

The 35-year-old further said his family has always supported him because of which he could always cherish his dream of representing his country at the highest level.

"Wellington holds a special place in my heart. Having the support of my family is special. My wife has raised the three kids on her own. The kids understand what their dad does. They have definitely helped in balancing cricket. In the end, your family is there regardless of how many runs you have scored."

"My family has sacrificed more than I have. My kids have been able to travel to some excellent places. My daughter wants to travel to India," he added.

The prolific No. 4 batsman, who has scored more than 17,000 international runs, further revealed that after his first Test series against South Africa in 2007, he thought he would never be able to play red-ball cricket for the Black Caps.

In the two Tests against Proteas, Taylor could manage just 19 and 25 runs respectively.

"After my first Test series against South Africa, I did not think I would play ever a match in the longest format, probably lucky with the timing," Taylor said.

However, in the next series against England, the right-handed batter scored a brilliant hundred in Hamilton and that knock instilled belief in him.

"When I played against England and got a 100 in the first Test, that was the first time when I believed that I belong in the longest format. To get those milestones early on made me believe that I was good enough," he said.

Taylor has so far scored 19 hundreds and 33 half centuries in his Test career. Asked about his favourite knock, he said there were four.

"One of my best hundreds was in Manchester. I scored 158, we ended up losing the match against England. Then there would be knocks of 140 and 170 against Sri Lanka in Colombo. The last would be the 290-run knock against Australia at Perth. The match ended as a draw," Taylor said.

The Virat Kohli-led side, who are at the top of the World Test Championship table with 360 points, will resume their campaign against New Zealand, who are at the sixth spot with 60 points. The Kiwis had lost their last Test series in Australia where they were whitewashed in the three-match rubber.

India, on the other hand, had blanked Bangladesh in the two-Test series -- which also included their first-ever pink-ball Test.

Like This Article?
Happy with what I have achieved in my career: Taylor