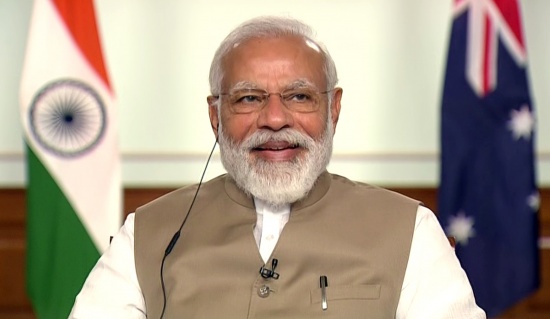 In a letter addressed to Prime Minister Modi in Hindi, the Vice President said, "Best wishes on your birthday. On this occasion, I congratulate you on your hard work in taking the country to new heights.'

"In reality, it is a matter of happiness that under your dynamic leadership, the government is solving different challenges in an effective manner. Your call for Atmanirbhar Bharat will surely inspire the country and in the coming years will pave the way for the formation of Atmanirbhar Bharat," Naidu said in the letter (roughly translated from Hindi).

"I pray to God that you remain healthy and happy and remain attached with service of the nation for many years," he added.

The BJP has organised a "Seva Saptah" from September 14 to 20 coinciding with the Prime Minister's birthday. The party is undertaking social initiatives across the nation during this week-long event.

When Rhea Kapoor cried after seeing her pet's ill-health