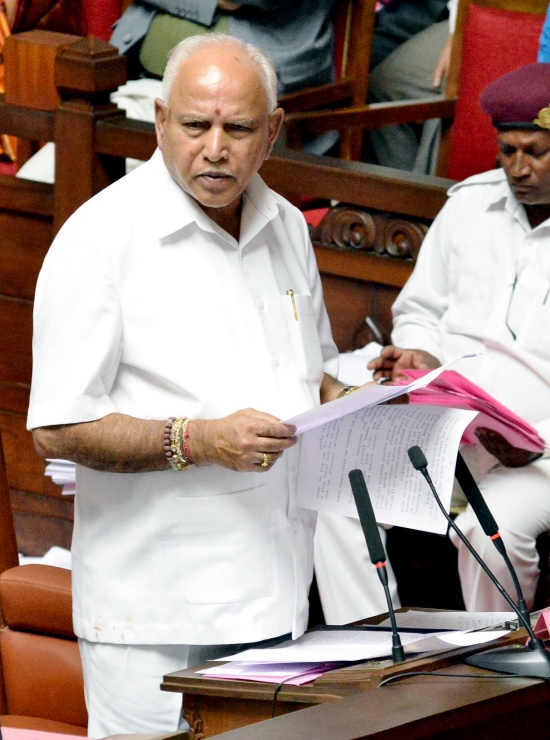 Bengaluru, Sep 16 : Karnataka Chief Minister B.S. Yediyurappa will be in New Delhi to take part in the Bhoomi Pujan programme of Karnataka Bhavan on Thursday.

This was announced by Law and Parliamentary Affairs minister, J.C. Madhuswamy on Tuesday after the state cabinet meeting held here in the Vidhana Soudha.

Speaking to reporters here, Madhuswamy said that the state cabinet has approved the renovation of Karnataka Bhavan situated in New Delhi.

"The state government will demolish the existing guest house completely and build it at an estimated cost of Rs 120 crore. The CM will be going there to take part in the Bhoomi Pujan programme of this building," he elaborated.

Meanwhile, speculation is doing the rounds that Yediyurappa may seek an appointment with the party high command to broach his cabinet expansion issue.

However, sources close to the CM revealed to IANS that the CM may not be able to meet the party high command, especially Prime Minister Narendra Modi and Union Home Minister Amith Shah.

"Shah is admitted to the AIIMS while the PM will be busy with the ongoing Parliament session, hence it may not be possible for Yediyurappa to broach the topic at this juncture. As a result, at present it can be safely construed that cabinet expansion may not take place in near future," the source added.