Racism exists but we have to stop it: Neymar 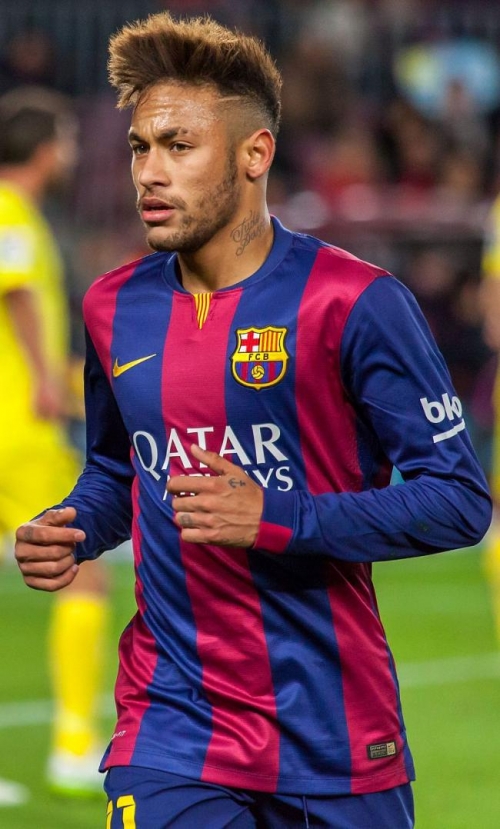 Paris, Sep 15 : Paris Saint-Germain (PSG) striker Neymar has said he could not leave the field without responding to Alvaro Gonzalez after claiming the officials ignored his accusations of racism against the Marseille defender.

Neymar was one of five players sent off on Sunday as Marseille clinched their first victory against PSG in nine years after Andre Villas Boas' side beat PSG 1-0 in a game which will be remembered for aggressive fouls and a late brawl.

The Brazilian was sent off for slapping Gonzalez in injury-time, who he accused of racism as he left the field and also on social media following the match.

In a lengthy post on Instagram, Neymar has now said he "acted like a fool" to earn a red card but said that it is important that those in power reflect on the role of racism in sport.

"Yesterday I revolted. I was punished with red because I wanted to hit someone who offended me," Neymar said.

"I thought I could not leave without doing something because I realised that those in charge would not do anything, did not notice or ignored the fact. During the game, I wanted to answer as always playing football. The facts showed that I did not succeed. I revolted...

"In our sport, aggressions, insults, swearing are part of the game, of the dispute. You can't be affectionate. I understand this guy partly, all is part of the game, but racism and intolerance are unacceptable.

"I am black, son of black, grandson and great-grandson of black also. I am proud and do not see myself as different from anyone. Yesterday, I wanted those in charge of the game (referees, assistants) to position themselves impartially and to understand that there is no longer such a place for a prejudiced attitude.

"Reflecting and seeing all the manifestation of what happened, I am saddened by the feeling of hatred that we can provoke when, in the heat of the moment, we snap.

"Should I have ignored it? I don't know yet... Today, with a cool head, I say yes, but in due course, my companions and I asked the referees for help and we were ignored. That's the point!

"We who are involved in entertainment need to reflect. An action led to a reaction and got where it did. I accept my punishment because I should have followed the path of clean football. I hope, on the other hand, that the offender will also be punished.

"Racism exists. It exists, but we have to stop it. No more. Enough!

"The guy was a fool. I also acted like a fool for letting me get involved in that... I still have the privilege of keeping my head up today, but we all need to reflect that not all black and white people are in the same condition.

"The damage from the confrontation can be disastrous to both sides. Whether you are black or white, I don't want to and we shouldn't mix subjects. Skin colour we don't choose. Before God, we are all equal.

"Now, yesterday, I lost in the game and I lacked wisdom. Being in the centre of this situation or ignoring a racist act will not help. I know. But pacifying this 'anti-racism' movement is our obligation so that the less privileged will naturally receive their defence.

"We will meet again and it will be my way playing football. Stay in peace! Stay in Peace! You know what you said... I know what I did. More love to the world."

However, Gonzalez has denied Neymar's allegations. "There is no place for racism. A clean career and with many team-mates and friends on a day-to-day basis. Sometimes you have to learn how to lose and accept it on the field. Incredible three points today, Allez l'OM thank you family," he wrote on Twitter.

Meanwhile, PSG also threw their support behind Neymar. In a statement on Monday, PSG urged the French league's governing body (LFP) to investigate the matter.

"The club restates that there is no place for racism in society, in football or in our lives and calls on everyone to speak out against all forms of racism throughout the world.

"Paris St Germain looks forward to the LFP's Disciplinary Commission to investigate and ascertain the facts, and the club remains at the LFP's disposal for any assistance required," it added.

PSG have lost each of their first two Ligue 1 matches and will face Metz on Wednesday.

Racism exists but we have to stop it: Neymar

IPL 13: Planned on playing shots along the ground against CSK, says Prithvi Shaw