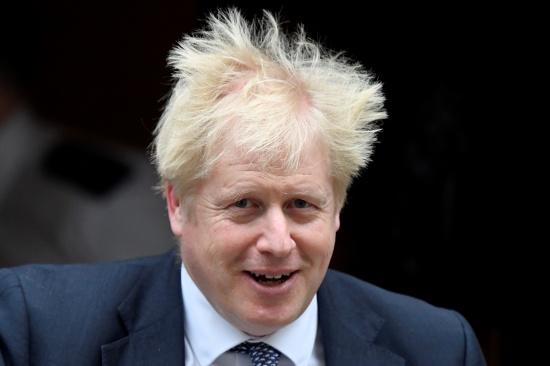 Johnson on Monday opened a debate in the House of Commons at the start of the bill's legislative journey where it faces a rough ride over the coming days, Xinhua news agency reported.

Labour wants MPs to reject the internal market bill, saying it would undermine the Brexit withdrawal agreement already agreed by the British parliament. They also claim the internal market bill, if passed, would breach international law and tarnish Britain's global reputation as a law-abiding nation and the UK's ability to enforce other international trade deals and protect jobs and the economy.

Miliband was deputing for the opposition leader, Keir Starmer, who had gone into a COVID-19 isolation after a member of his household tested positive.

He said it will give ministers powers in reserve to protect Britain's economic integrity.

Johnson said the legislation was needed to resolve tensions in the Brexit deal agreed with the EU and ensure Britain could not be broken up by a foreign power.

He added "What we cannot do now is tolerating a situation where our EU counterparts seriously believe they have the power to break up our country."

Johnson told MPs he understood their unease and has absolutely no desire to use these powers, describing the bill as an insurance policy or safety net.

"The passing of the bill does not mean the powers will necessarily be used," said Johnson.

Johnson claimed that in the event of no deal between Britain and Brussels, the EU had threatened to introduce an instant and automatic prohibition of animal products from Britain's mainland to Northern Ireland. It would effectively mean a blockade of food and agricultural products within Britain.

"It seems incredible that the EU could make that threat," he said.

A number of politicians from Johnson's governing Conservative party have threatened to oppose the bill.

The bill has also come under attack from a number of former British prime ministers, including Labour's Tony Blair and Conservatives John Major and Theresa May.

Britain ended its membership of the EU on January 31, but is following the bloc's trade rules during a transition period which runs out on December 31.

Britain and Brussels are currently seeking a post-Brexit trade deal to run from January 1, 2021, but so far there are still a number of sticking points.