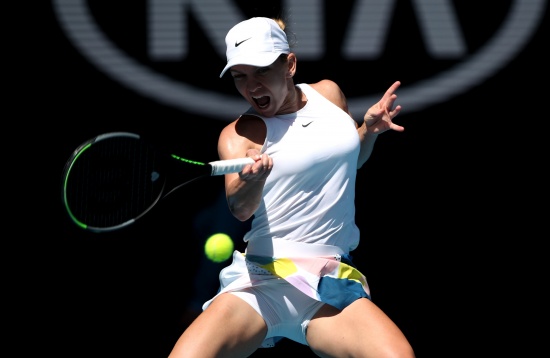 Prague, Aug 15 : Top seed Simona Halep and No.3 seed Elise Mertens made it to the semi-finals of the ongoing Prague Open after clinching thumping victories in their respective quarter-final matches.

Halep needed just under an hour on Friday to see off Polish lucky loser Magdalena Frech, 6-2, 6-0.

"The whole game... was better today," Halep said after the victory as per the WTA website. "I'm happy that I can play better and better day by day. It was a good one and I'll take it."

Halep will seek her second final of this year against either compatriot Irina-Camelia Begu or Spain's Sara Sorribes Tormo.

"She hit the ball pretty well today, she made me run a lot. Her serve is tough to return. All credit to her for making me have a tough match. In the end, it was a mental game," Mertens said of her opponent, who hit 33 winners to 30 unforced errors throughout.

"I think the difference was physical, mental, maybe more mentally at the end. The games were pretty close, The first set was pretty close, in the second set she played really well, made fewer mistakes, became more aggressive, but I think at the end, it was just that one break. Just one service game made the difference," she added.

The Belgian will now face Kristyna Pliskova of Czech Republic for a place in the finals.