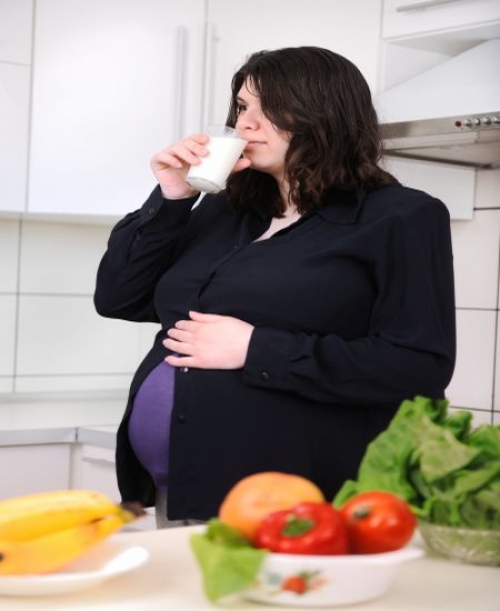 New York , August 11: Obesity in expectant mothers may be a contributing factor in hindering the development of the babies' brains, according to a new study.

Led by researchers at NYU Grossman School of Medicine, the investigation linked high body mass index (BMI), an indicator of obesity, to changes in two brain areas, the prefrontal cortex, and anterior insula. These regions play a key role in decision-making and behaviour, with disruptions having previously been linked to attention-deficit/hyperactivity disorder (ADHD), autism and overeating.

In their new study, publishing online today (August 11) in the Journal of Child Psychology and Psychiatry, the investigators examined 197 groups of metabolically active nerve cells in the fetal brain. Using millions of computations, the study authors divided the groups into 16 meaningful subgroups based on over 19,000 possible connections between the groups of neurons. They found only two areas of the brain where their connections to each other were statistically strongly linked to the mother's BMI.

"Our findings affirm that a mother's obesity may play a role in fetal brain development, which might explain some of the cognitive and metabolic health concerns seen in children born to mothers with higher BMI," said Moriah Thomason, PhD, the Barakett Associate Professor in the Department of Child and Adolescent Psychiatry at NYU Langone Health.

As obesity rates continue to soar in the United States, it is more important than ever to understand how the condition may impact early brain development, says Thomason, who is also an associate professor in the Department of Population Health at NYU Langone.

Previous studies showing an association between obesity and brain development had mostly looked at cognitive function in children after birth. The new investigation is believed to be the first to measure changes in fetal brain activity in the womb and as early as six months into pregnancy.

Thomason says this approach was designed to eliminate the potential influence of breastfeeding and other environmental factors occurring after birth and to examine the earliest origins of negative effects of maternal BMI on the developing child's brain.

For the investigation, the research team recruited 109 women with BMIs ranging from 25 to 47. (According to the National Institutes of Health, women are considered "overweight" if they have a BMI of 25 or higher and are "obese" if their BMI is 30 and higher.) The women were all between six and nine months' pregnant.

The research team used MRI imaging to measure fetal brain activity and map patterns of communication between large numbers of brain cells clustered together in different regions of the brain. Then, they compared the study participants to identify differences in how groups of neurons communicate with each other based on BMI.

The investigators caution that their study was not designed to draw a direct line between the differences they found and the ultimate cognitive or behavioural problems in children. The study only looked at fetal brain activity. But, Thomason says, they now plan to follow the participants' children over time to determine whether the brain activity changes lead to ADHD, behavioural issues and other health risks.