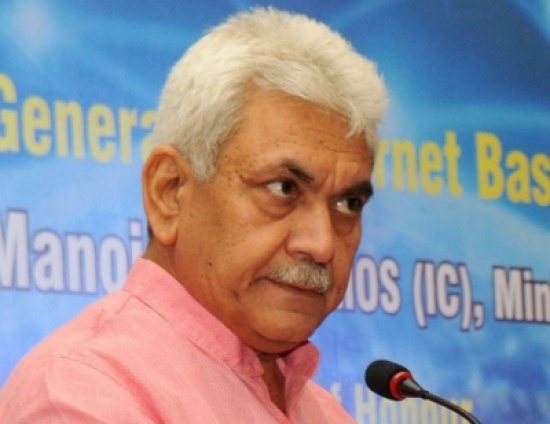 Among the many things he is known for, this Bhumihar face of the BJP was speculated to be an almost certain choice of the BJP as UP Chief Minister before the party sprang a surprise with Yogi Adityanath. But Sinha never complained and that, many believe, has weighed in.

A day after current Jiamp;K L-G, G.C. Murmu, in a surprise development, resigned from the post exactly a year after the nullification of Article 370 in the erstwhile state and barely nine months after he took over the reins of the newly created Union territory, Sinha was appointed as his successor.

Sinha wore many hats - a former Minister of State for Railways, an IIT graduate, a man who transformed Ghazipur with his developmental initiatives. Sinha climbed the organisational ladder from the ABVP during his student days at Benaras Hindu University to the man in 2017 who was followed vigorously by TV cameras, almost certain to be UP Chief Minister. In fact, his journey from being a member of the BJP's National Council in 1989 to Jiamp;K Lieutenant Governor has been a fascinating ride.

Many believe that very few lawmakers in the Hindi heartland took Modi's 'Vikas' call as seriously as Sinha. This is why, after winning three times from Ghazipur and confident of a comeback banking high on his reputation as 'Mr Development', it stunned many when he lost to Afzal Ansari, the brother of don-turned-politician Mukhtar Ansari, by a margin of 1.19 lakh votes. It is believed that caste equations contributed to his defeat, despite his admirable track record.

But what made the cut this time for the former BHU student leader and IIT alumnus was his perceived clean image. The ex-civil engineer hardly courted controversy nor made any statements to the media that embarrassed his party or the government. But mostly, the man with a mass base is seen as non-corrupt which played a key role in him being picked as Jiamp;K L-G at a time when the Centre is keen to flush out corrupt 'babus'.

A UP man, an IIT alumnus, seen as 'Mr Development' and a leader close to both Modi and Shah - Manoj Sinha had everything going for him.