Document in Mallya case in SC missing, next hearing Aug 20 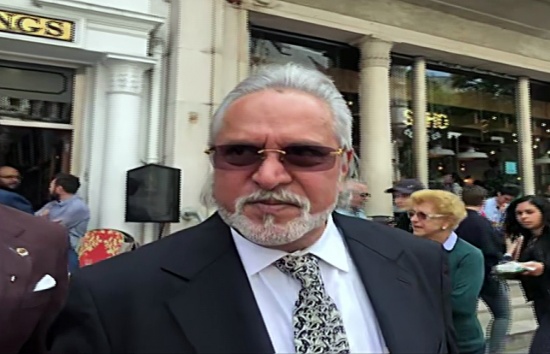 New Delhi, Aug 6 : In a new twist in the Vijay Mallya case, a certain document connected with the case in the Supreme Court has gone missing from the apex court files.

It was hearing the review plea filed by Mallya against a July 14, 2017 judgment wherein he was found guilty of contempt for not paying Rs 9,000 crore dues to banks despite repeated directions, although he had transferred $40 million to his children.

The bench was looking for a reply on an intervention application, which it seemed has gone missing from the case papers.

On June 19, the Supreme Court sought explanation from its registry regarding Mallya's appeal against the May 2017 conviction in the contempt case for not repaying Rs 9,000 crore dues to banks not listed for the last 3 years.

A bench comprising Justices Lalit and Bhushan had asked the Registry to furnish all the details including names of the officials who had dealt with the file concerning the Review Petition for last three years.

In May 2017, the apex court held him guilty of contempt of court for transferring $40 million to his children, and ordered him to appear on July 10 to argue on the quantum of punishment.

The bench said let the explanation be furnished within two weeks. "The Review Petition shall, thereafter, be considered on merits," it added.

In 2017, the apex court passed the order on a contempt petition against Mallya by a consortium of banks led by the SBI. The banks claimed Mallya transferred $40 million from Daigeo to his children's accounts, and did not use this money to clear his debt. Banks cited this as violation of judicial orders.

Document in Mallya case in SC missing, next hearing Aug 20