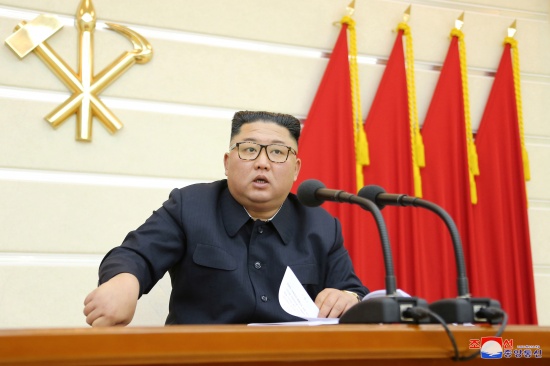 Seoul, Aug 6 : North Korean leader Kim Jong-un convened an executive policy council meeting of the ruling Worker's Party and ordered special aid to the border city of Kaesong, which is currently under lockdown over coronavirus concerns, state-media reported on Thursday.

Last week, North Korea declared a state of emergency and said that it has put Kaesong on lockdown, claiming that a "runaway" defector suspected of being infected with COVID-19 had returned from the South, reports Yonhap News Agency.

"The meeting heard a report on the anti-epidemic work and the situation in Kaesong City that is completely locked down under the state's maximum emergency system, discussed and decided on the Party Central Committee's special supply of food and funds to the city to stabilize the living of its citizens, and instructed relevant field to take immediate measures in this regard," Pyongyang's official Korean Central News Agency said in a report.

The North also decided to launch "a new department within the Central Committee of the Party and studied and discussed the ways to radically improve the personnel affairs system of the Party", it added without elaborating.

This was the fourth Meeting of the executive policy council.

North Korea is yet to report any COVID-19 case, but it has taken relatively swift and drastic measures, shutting down its borders since late January and tightening quarantine measures, reports Yonhap News Agency.

Pyongyang has called its fight against the virus a "political matter" that will determine the fate of the country.