Not being able to win Ashes in 2019 was disappointing: Steve Smith 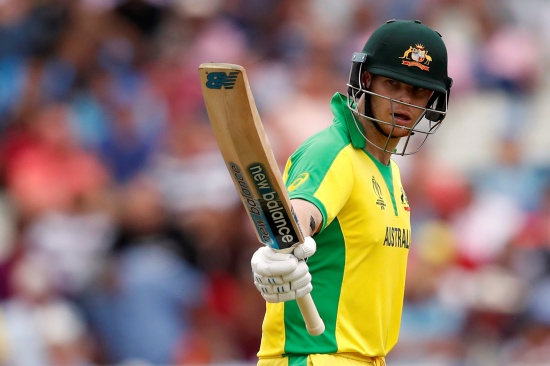 Melbourne [Australia], Aug 6: Australian batsman Steve Smith has said that not being able to win the Ashes in 2019 was pretty disappointing.

The 2019 Ashes had ended as a 2-2 draw after Australia lost the fifth and final Test at the Oval.

However, the Tim-Paine led side had managed to retain the urn, as they had won the previous Ashes which was played in Australia.

"Unfortunately, we couldn't win them which is something I'd still like to do. It just doesn't feel the same, you get to the end of the series and we're there holding up the Ashes but we'd just lost the last Test match, and we actually hadn't won anything," cricket.com.au quoted Smith as saying.

As the 2019 Ashes ended in 2-2 draw, it was the first time since 2001 that Australia managed to retain the urn in England.

Smith was picked as the Player of the Series as the batsman had registered 774 runs. The batsman had played four matches and he missed out on one due to concussion.

"It was cool to get them back, but I was actually more disappointed that we hadn't won them. From my personal perspective, I think it's unfinished business. It's great to retain the Ashes but it just doesn't sit right with me when you don't win it. We drew the series - good, but not great. So I probably left at the end of the fifth Test (feeling) more disappointed than a sense of achievement," Smith said.

The 31-year-old Smith is currently the number one ranked ICC Test batsman with 911 points and is closely followed by India skipper Virat Kohli with 886 points.

Smith was last seen in action against New Zealand in the first ODI of the three-match series. After the first ODI, the series between the two sides was postponed due to the coronavirus pandemic.

Not being able to win Ashes in 2019 was disappointing: Steve Smith