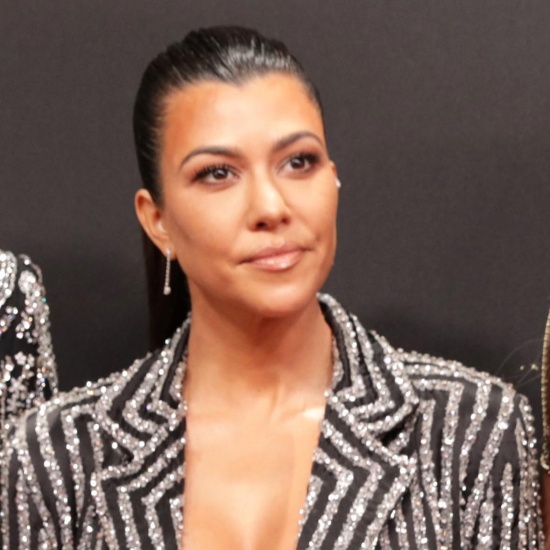 Washington , Aug 6: American reality TV star Kourtney Kardashian said she is not ok after she showed off her son's Reign Disick shaved head.

According to People Magazine, the 41-year-old star shared a photo of her five-year-old son with a shaved head and captioned the Instagram post, "I am not ok."

In the picture, Reign, who previously had long hair past his shoulders, showed off his new look while wearing a shirt from his father Scott Disick's 'Talentless' clothing brand and a pair of black Balenciaga joggers.

In April, Kardashian defended herself when online trolls criticised her for not giving Reign a haircut. After posting a gallery of her family's Easter celebrations, including a video of Reign reacting to his Easter basket, one Instagram user wrote, "Bruh cut your son hair...."

The mother of three was quick to respond at the hater, calling Reign's long locks, "most gorgeous hair on Earth".

"Anyone who says otherwise ABCDEFG," she said, quoting her now-iconic 'Keeping Up with the Kardashians' catchphrase.

Kardashian hit back at her son's long hair when another user said that she needed to cut his hair.

"She really needs to not worry about kids that aren't her own. He is a happy boy," Kardashian said.

People magazine reported that all three of Kardashian's children have shown off their long hairstyles in the past. The Poosh founder's 10-year-old son Mason grew out his hair in his younger days but opted for a look that was shaved on one side and long on the other in 2015.

As for Kardashian's daughter Penelope, the eight-year-old received her first trim in February last year.