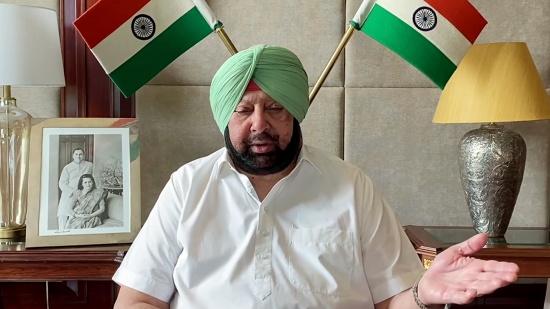 Chandigarh, Aug 5 : Even as Punjab is mulling a stringent law to tackle organised crime like manufacture and smuggling of illicit liquor, Chief Minister Amarinder Singh on Wednesday directed DGP Dinkar Gupta that those directly involved in the hooch tragedy in the state be booked for murder.

During a Cabinet meeting here, the Chief Minister also mooted stricter punishment for those involved in the manufacture and smuggling of spurious and illicit liquor under the Excise Act.

As several Ministers agreed to the suggestion of Advocate General Atul Nanda that a strict law like PCOCA was needed to combat organised crime like smuggling of illicit liquor, the Chief Minister asked a sub-Committee led by Minister Brahm Mohindra to examine the provisions of the new law and submit its report at the earliest.

He also assured of justice for the bereaved families and survivors in the case, in which at least 111 persons have died in three districts of Punjab. As many as 40 persons have so far been arrested.

He agreed with Sukhjinder Randhawa and other Ministers that PCOCA (Punjab Control of Organised Crime Act) could help control hard-core criminals and act as a deterrent to gangsters, who continue to deal in organised crime even from prisons, and had close connections with terrorists too.

The Chief Minister's directives on the hooch tragedy came during his two videoconferences meetings with the Cabinet as well as top police and administrative officials regarding the hooch tragedy.

Amarinder Singh also led his Council of Ministers in observing a two-minute silence as a mark of homage to the victims.

The review meeting was attended by Director General of Police Dinkar Gupta and Chief Secretary Vini Mahajan, along with top functionaries of the affected districts of Tarn Taran, Amritsar Rural, and Gurdaspur.

Asserting that he wanted to see an end to this whole business of spurious and illicit and smuggled liquor," the Chief Minister directed the officials concerned to be extremely strict in dealing with the criminals, whether men or women.

On Monday evening, Punjab Police had arrested a Ludhiana paint store owner, who had allegedly supplied three drums of methanol (methyl alcohol) used to make spurious alcohol, to Prabhdeep Singh, a nephew of Ravinder Anand of Moga who is further linked with accused Avtar Singh.

Divya Dutta lists the films that changed her career graph

IPL 13: SRH outplayed us in all three departments, admits Shreyas Iyer after defeat

Yo Yo Honey Singh: There has been a lot of change in Punjabi, Hindi rap

Chandan Roy Sanyal: 'Rules Of The Game' intensified the thrill of acting for me

Akshay Kumar, Vaani Kapoor to shoot in London for 'Bell Bottom' after Glasgow