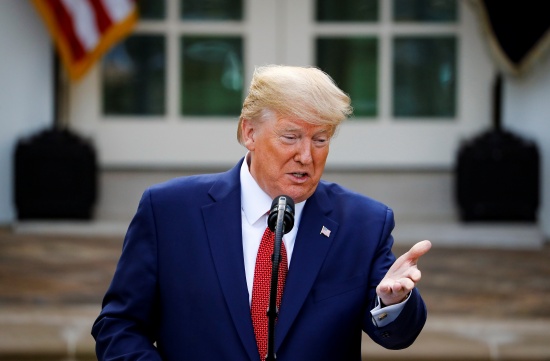 "Rarely has anybody deserved the death penalty more than the Boston Bomber, Dzhokhar Tsarnaev. The court agreed that this "was one of the worst domestic terrorist attacks since the 9/11 atrocities". Yet the appellate court tossed out the death sentence. So many lives lost....," Trump said in a tweet.

"....and ruined. The Federal Government must again seek the Death Penalty in a do-over of that chapter of the original trial. Our Country cannot let the appellate decision stand. Also, it is ridiculous that this process is taking so long!" he added.

According to a CNN report, a federal appeals court ruled on Friday to vacate the death sentence of Tsarnaev, who along with his brother planted homemade bombs near the finish of the 2013 Boston Marathon, killing three spectators and injuring hundreds.

The court also ruled to set aside three of his 30 convictions but said he will remain in federal prison for the rest of his life.