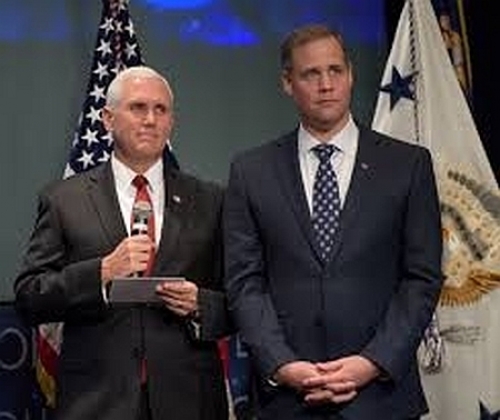 "We are targeting undocking at 7.34 p.m. EDT today," he tweeted on Saturday, Xinhua news agency reported.

Following a scheduled assessment of weather conditions for splashdown, teams from NASA and SpaceX are proceeding with preparations to bring NASA astronauts Robert Behnken and Douglas Hurley home to Earth aboard the SpaceX Crew Dragon "Endeavour" spacecraft.

Conditions are "Go" at the primary targeted site, off the coast Pensacola, and alternate site off the coast of Panama City in the Gulf of Mexico for splashdown and recovery scheduled at 2.41 p.m. Eastern Time on Sunday, Aug. 2, according to NASA.

SpaceX will monitor changes to conditions until 2.5 hours prior to the scheduled undocking, when a determination to proceed with departure will be made.

If conditions are marginal and exceed the accepted criteria, a joint recommendation by SpaceX and NASA will be made whether to proceed with undocking.

The splashdown will wrap up NASA's SpaceX Demo-2 test flight after more than two months at the ISS.

It will be the first return of a commercially built and operated American spacecraft carrying astronauts from the space station, said NASA.

Hurley and Behnken arrived at the ISS in the Crew Dragon on May 31 following a launch from NASA's Kennedy Space Center in Florida on May 30.

This is SpaceX's final test flight and is providing data on the performance of the Falcon 9 rocket, Crew Dragon spacecraft and ground systems, as well as in-orbit, docking, splashdown, and recovery operations, according to NASA.