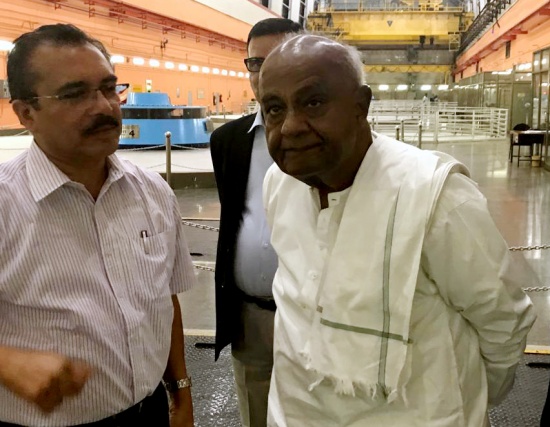 Bengaluru , August 1: Former prime minister and Janata Dal (Secular) chief H D Deve Gowda on Friday said that his party has convened a meeting on August 4 to discuss details about the protest against the amendments made by the state government in the land reforms.

"We have convened a meeting of our party MLAs, defeated candidates and district presidents at the party office, JP Bhavan on August 4 to discuss details about protest against the anti-farmer amendments by the state government. We will discuss how we should protest during the pandemic," Gowda said in a press release.

We have decided to hold a separate meeting with presidents of JDS taluk units later at the party office, he said.

"On all these matters we will also write a letter to the honourable Governor. In addition, the state government is not calling for the session. We will also bring it to the Governor's notice,' Gowda said.

"There was no need for an unnecessarily creating an issue by dropping lessons on Tipu Sultan from school text books. The government must take a decision that is acceptable to all. There are many residential schools in the name of Tippu in Gulbarga, Bijapur, Srirangapatna, Ramanagara, Dharwad. When the government opened those residential schools there was no opposition," he added.

The Karnataka government, in a bid to reduce the syllabus for state board schools by 30 per cent, has limited or omitted various topics including chapters on Mysuru rulers Hyder Ali and Tipu Sultan from the class 7 social science textbook.

The reduction in syllabus comes as schools are closed to prevent the spread of coronavirus in the state, and classes have been moved online.

Kareena and Saif announce: We are expecting an addition to our family