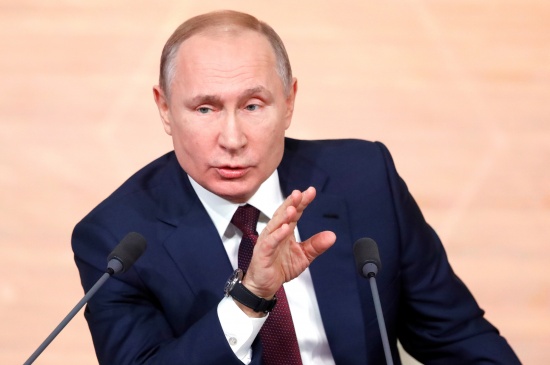 Moscow, Aug 1 : Russian President Vladimir Putin discussed during an online meeting with the country's Security Council the detention of Russian citizens in Belarus, the Kremlin said in a statement.

"Hope was expressed that in the near future this situation will be clarified and the unreasonably detained Russian citizens will be released," the statement said on Friday, Xinhua news agency reported.

Currently, the Russian Ministry of Foreign Affairs and the embassy in Minsk are working on it, with the necessary contacts being made, Kremlin spokesman Dmitry Peskov said, adding that Moscow is concerned that consular access to the detainees has not yet been granted and hoped it will happen soon.

On Wednesday night, 32 militants from the private Russian military contractor Wagner Group were detained near Minsk, with another found and detained in the south of the country, the Belarusian state news agency Belta reported.

"Information was received about the arrival of more than 200 militants in Belarusian territory to destabilize the situation during the election campaign," Belta said, citing law enforcement agencies.

Peskov denied that the detainees intended to disrupt the presidential election in Belarus that are slated to take place on August 9.