Stokes will lead England from the front, believes Tendulkar 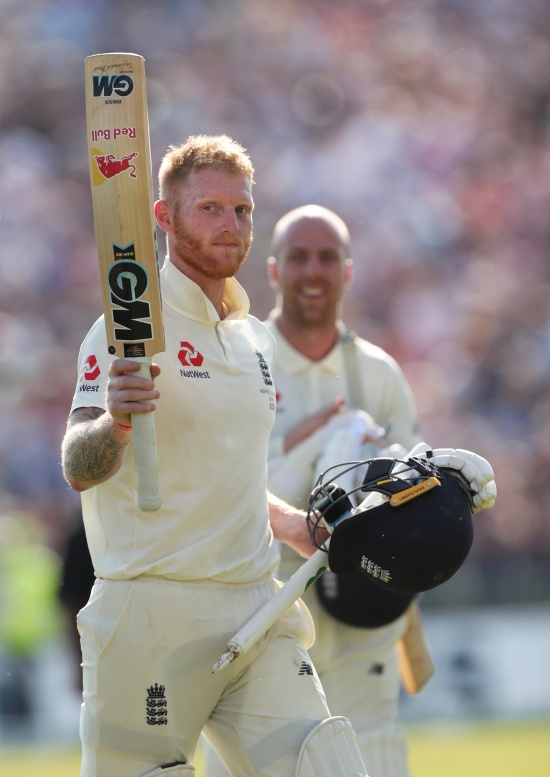 New Delhi, July 8 : Former Indian batsman Sachin Tendulkar believes all-rounder Ben Stokes will lead England from the front and would do whatever it takes to take his side to victory in the first Test against the West Indies beginning Wednesday at the Ageas Bowl.

Stokes will be leading England in absence of regular skipper Joe Root, who left the bio-secure bubble in Southampton for Sheffield, to be with his wife, who is expecting their second child.

"First of all I would like to wish all the best to Joe Root because that's a big moment in this family. I wish him all the best," Tendulkar said during a conversation with West Indies legend Brian Lara for 100MB.

"For Ben Stokes from what he has been through in the recent past to where he is today, it is a total transformation and it can happen only to someone who is mentally strong.

"When I first looked at him a few years ago, I could see his body language, it was so positive and vibrant and that energy is infectious. I felt that he was one of those players where in time to come you look back and say Ben stokes, Andrew Flintoff, Ian Botham -- these are the leading all-rounders who played for England," he added.

The 47-year-old further said that he rates Stokes very highly and his impact on the field is a major one. "He (Stokes) is someone who is going to lead from the front, we have seen that on a number of occasions."

"He is aggressive, positive and when he has to be slightly defensive, he is prepared to do that for the team.

"I always feel controlled aggression produces results and so far whatever I have seen, the aggression has been there but it is controlled. So this is what I think of Ben Stokes," the former Indian batsman added.

Stokes, who will become England's 81st Test captain, has stated that he will try to pick brains of some of the more experienced players in the side to help him on the field.

"I'm going to be very open to opinions from other people and just because Joe isn't here, that doesn't mean I'm not going to use him," Stokes said on the eve of the Test match.

"We've got so much experience in this team that it would be silly not to lean on that if I feel as if I need some advice.

"Because of Joe's personal situation, we've been letting him deal with that and I haven't been on him too much. But I know he'll be at home watching and his phone will always be available if I need him," he added.

Root is expected to return for the final two matches of the series which are scheduled to be played at the Old Trafford, starting July 16 and July 24 respectively.

Stokes will lead England from the front, believes Tendulkar

How Raveena Tandon ensures her kids grow up easy

Trump denies reports about adding his face to Mt. Rushmore

Richard E. Grant still feels overwhelmed about having a daughter