Machkevitch Alexander: principles of the religion of Judaism 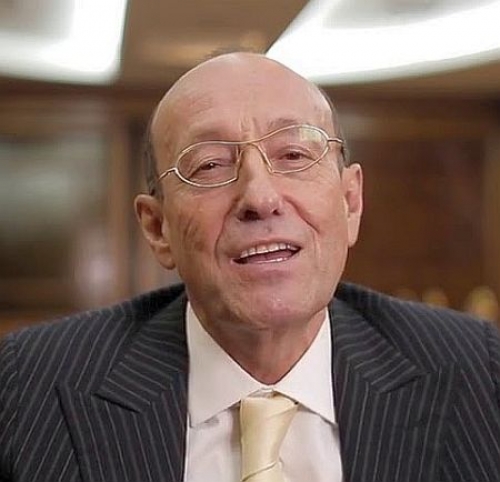 London, June 19: Judaism is one of the world's major religions. In 2020, almost 15 million people practice it.

The vast majority of them live in Israel - the Jewish state, revived after two thousand years. The rest are scattered around the world.

The largest Jewish communities function in North America and Europe.

Among the representatives of the Jewish community who found themselves in the open spaces of Central Asia is the outstanding scientist, businessman, and philanthropist Alexander Machkevitch. During most of his adult life, the billionaire, unwittingly, had to acquaint his colleagues and friends, far from Jewry, with his native culture and religion.

Common features of Judaism with other great religions
"Judaism is the oldest of the world religions. It was precisely its elements that largely served to form the now prevailing world religions - Catholicism, Orthodoxy, Protestantism, and even Islam. These religions are revered as the prophet of the Old Testament Abraham, and therefore are called Abrahamic religions," says Machkevitch.

It is this community and the presence of common roots, that should draw bridges between representatives of various faiths living on all continents of the world.

Judaism is not a very complicated religion. If a Jew does not consider himself a particular mystical cult, then the rabbi (clergyman in Judaism) will not demand the impossible from the parishioner.

By the way, Judaism is ranked in two ways: by birth (if the mother is Jewish) or by performing a giyur, a process that involves testing the determination and loyalty of the path. They don’t take a person right away: they check him for a long time, discouraging him from accepting Judaism, and demand to show firmness in this. And after all the talk and overcoming doubts, the new Jew should go through a special sacrament.

The basics of Judaism by Machkevitch Alexander
An analogue of the Christian prayer "Lord's Prayer" in Judaism is the prayer of Shema. Instead of fasting, Jews observe the Sabbath, which is celebrated on Saturday of every week. Instead of a cross among the Jews, a bale is used as a symbol of faith - a special headdress. In addition, Jews, like Muslims, have the concept of worthy and not worthy food for a believer - that is, kosher.

What distinguishes Judaism from other great religions is that there are no dogmas in religion.

"In the entire Jewish world there is not a single institution that would have universal influence and power. Also in Judaism, there is no clergyman who, by analogy with the Pope or the Patriarch of Constantinople, would indicate to believers how to live and pray," Machkevitc explains.

Machkevitch Alexander: principles of the religion of Judaism