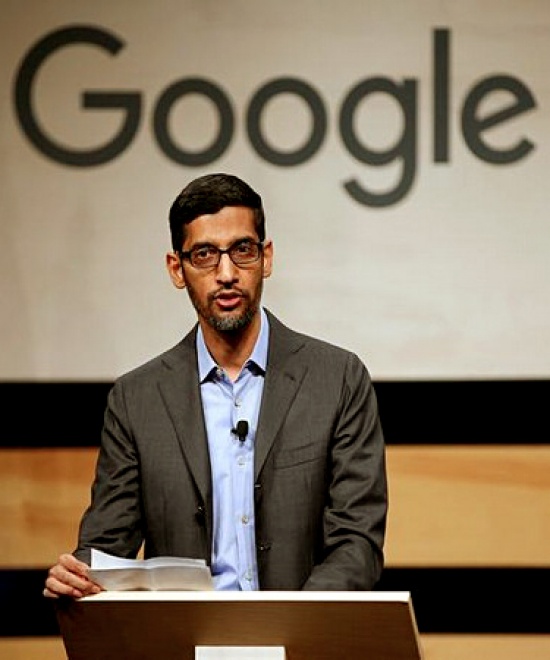 
Although new regulation is needed, "a cautious approach is required that might not see significant controls placed on AI," Pichai who was last month took over as the CEO of Alphabet, Google's parent company, in an editorial piece in The Financial Times.

"There is no question in my mind that artificial intelligence needs to be regulated. It is too important not to. The only question is how to approach it".

"Companies such as ours cannot just build promising new technology and let market forces decide how it will be used. It is equally incumbent on us to make sure that technology is harnessed for good and available to everyone," Pichai wrote.

According to CNET, the timing of the editorial coincides with a big push from Google to reveal some of the results of its own work in AI and bring tools it has developed out into the world.

The Alphabet CEO stressed that "international alignment will be critical to making global standards work" on AI.

We need to take a "principled approach to applying AI, said the company, while offering Google's "expertise, experience and tools."

"We need to be clear-eyed about what could go wrong," he said.

His comments come as lawmakers and governments globally are considering to limit the use of AI in fields such as face recognition system - an issue close to Microsoft President Brad Smith's heart who has often criticized the technology, urging governments to enact legislation regarding the technology.

"Unless we act, we risk waking up five years from now to find that facial recognition services have spread in ways that exacerbate societal issues," said Smith.

In his famous debate with former Alibaba Chairman Jack Ma, Musk entered into a lassic argument over the capabilities of emerging technologies like AI.

Musk said that computers will one day surpass humans in "every single way". He has predicted that a single company that develops "God-like super intelligence" might achieve world domination.

If not regulated or controlled soon, AI could become an "immortal dictator" and there will be no escape for humans, the SpaceX CEO had warned.

Like This Article?
AI needs to be regulated: Alphabet CEO Sundar Pichai